A camper roadtrip Through Nova Scotia, New Brunswick and Quebec Provinces of Canada
Prev Next

A camper roadtrip Through Nova Scotia, New Brunswick and Quebec Provinces of Canada

Halifax, Nova Scotia, Canada, August 2014. Vicitms of the titanic disaster were burried at the cemetry of Halifax. Walk the ocean’s edge along the historic Halifax waterfront. Start at Pier 21 – the gateway into Canada for one million immigrants – and then explore eclectic shops, some of the city’s best restaurants, and ships including the last of the WWII convoy escort corvettes.

Discover the oldest continuously operating farmers’ market in North America, and exhibits at the Maritime Museum of the Atlantic including displays on the city’s link to the Titanic disaster. End at the timber-frame & stone warehouses of Historic Properties – originally built to safeguard booty captured by legalized pirates called privateers. Nova Scotia was one of the original four provinces that became part of Canada in 1867. "Nova Scotia" is Latin for "New Scotland", and Scottish settlers brought culture and traditions that continue to this day. Photo by Frits Meyst / MeystPhoto.com 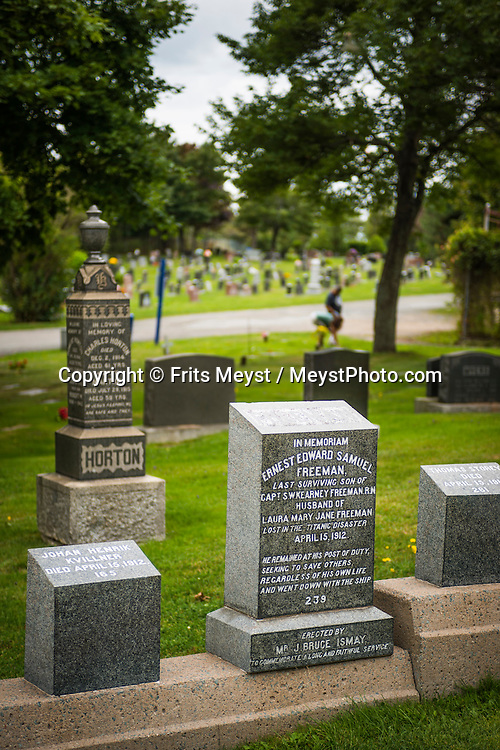