Peggy's Cove, Nova Scotia, Canada, August 2014.
Peggy’s Point Lighthouse, known to many as Peggy’s Cove Lighthouse is located in the quaint fishing village of Peggy’s Cove. Peggy’s Cove is famed for its picturesque and typically East-Coast profile, with houses perched along a narrow inlet and on wave-washed boulders facing the Atlantic. Although this unique environment has been designated a preservation area, it is still an active fishing community. Nova Scotia was one of the original four provinces that became part of Canada in 1867. "Nova Scotia" is Latin for "New Scotland", and Scottish settlers brought culture and traditions that continue to this day. Photo by Frits Meyst / MeystPhoto.com 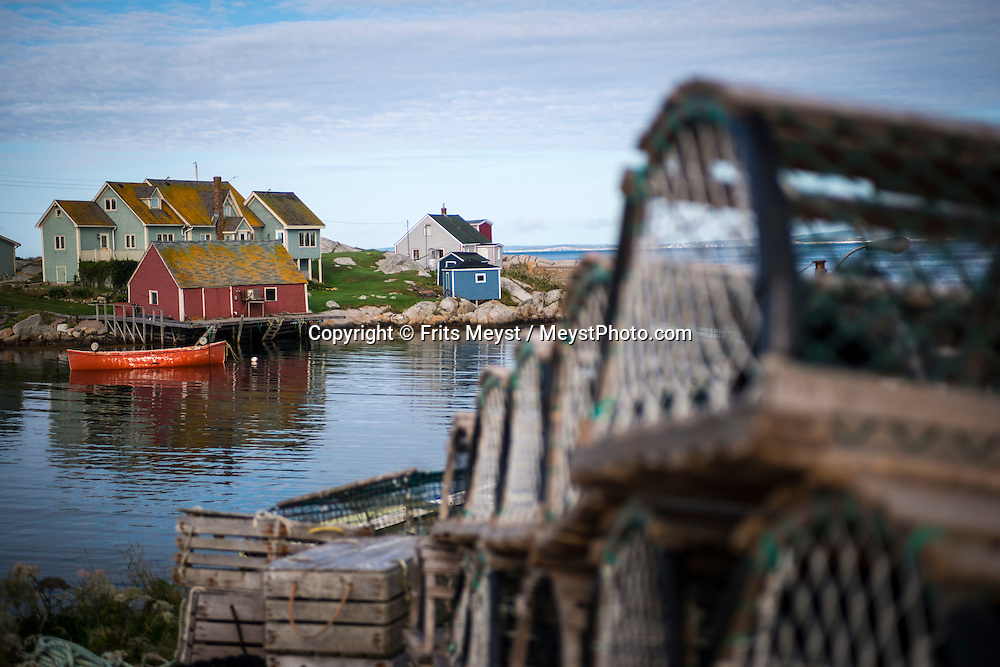